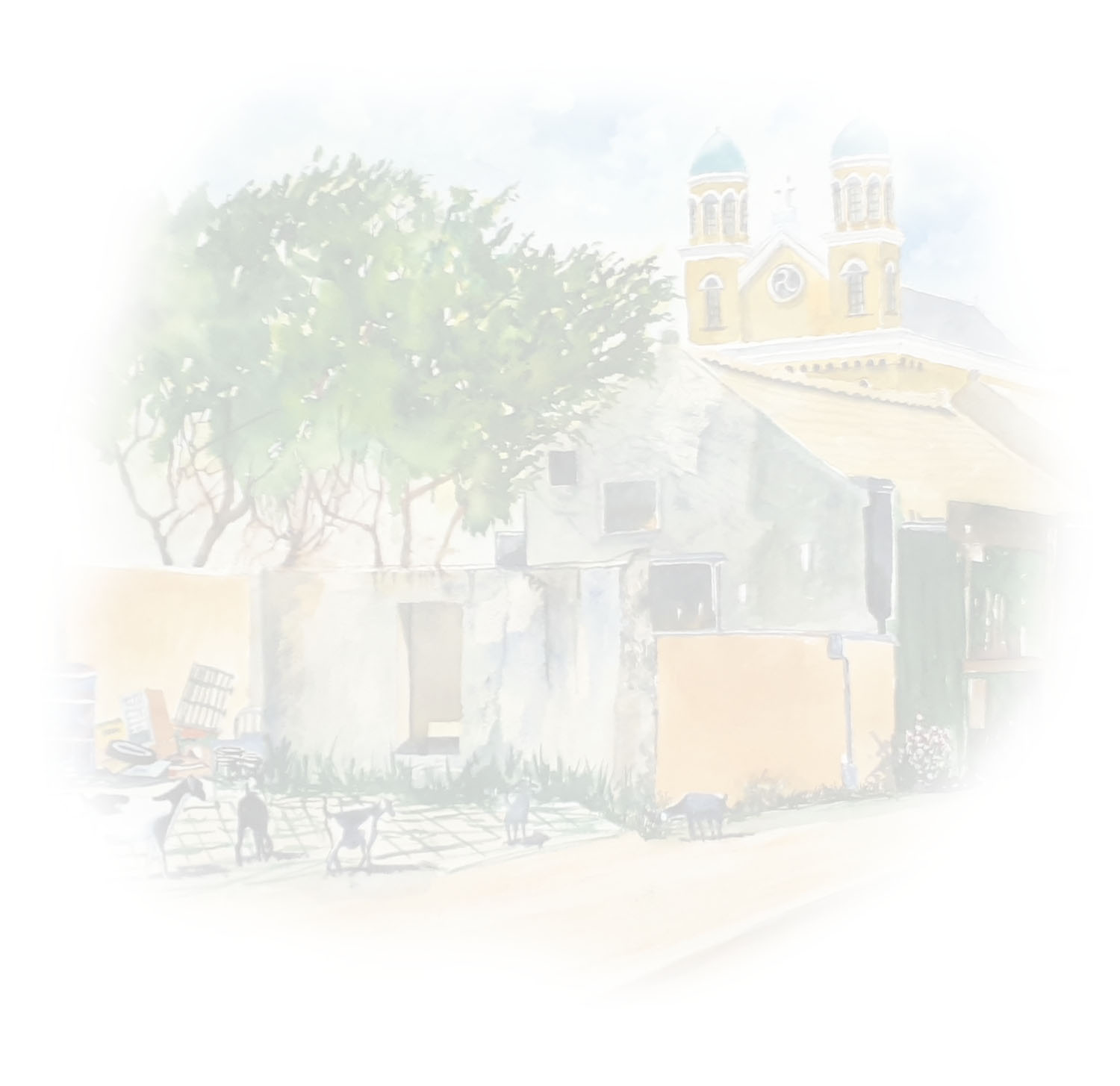 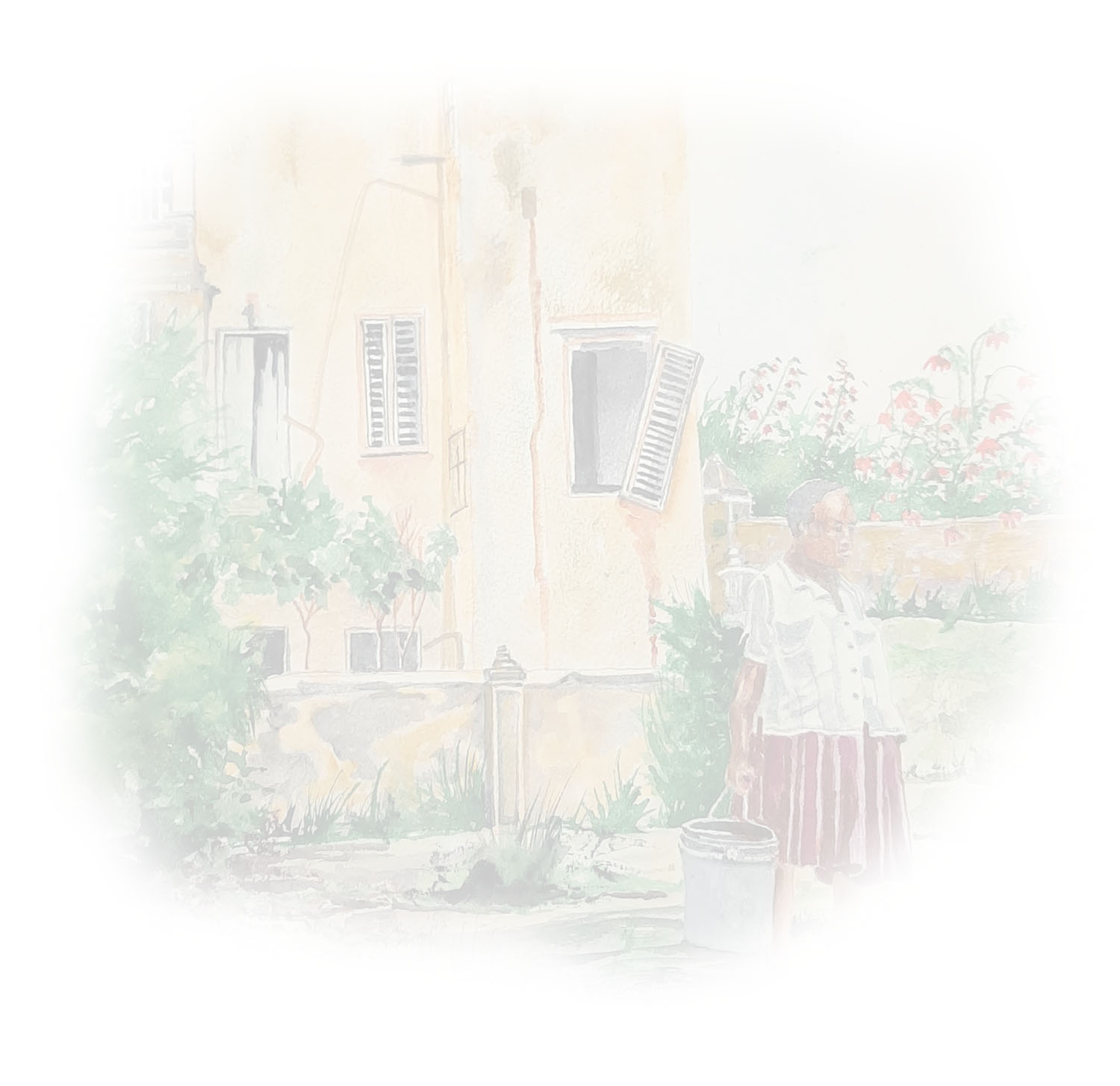 Landhuis Daniel is centrally located on the Western part of our beautiful island, in the rural neighborhood of Daniel/Tera Kora. It is surrounded by “mundi” -as the locals call it- the rugged arid tropical vegetation with lots of tropical birds, plants and animals, typical of the lower Dutch Antilles(ABC islands). You will encounter here a variation of cactus, aloe, agave and desert roses a.o. , iguanas, tree lizards, kolibri, trupial, wara wara and occasionally wild pigs.

Entering through the gate you immediately will feel the relaxed authentic Caribbean style of living here. Enjoy the tropical birds, animals and plants which surround you, relax around the pool under the trees, enjoy food and drinks from our superb restaurant and discover the Westside of our beautiful island from here with a rental car or (motor)bike.

Follow the signs airport/Westpoint until you come at the roundabout Zegu(the one with the big ugly rusty “artpiece”), here take the direction Westpoint and after about 10 kms just after the junction Willibrordus you will find Landhuis Daniel on you right hand.

Follow the road from Westpoint direction Willemstad, pass Tera Kora and after about 1 mile there is the entrance of Landhuis Daniel on your left handside

There is a spacious free parkinglot on site

Landhuis Daniel, is part of the Dutch colonial heritage and was built around 1700 by Daniel Ellis, an English captain of a Dutch WIC ship. During a considerable part of its existence the head quarter of the West Indian Company was in Middelburg, the city where the current owner spend most of his Dutch period:

“When I took over the plantationhouse, behind an old cupboard I found a yellowed pencil drawing of the mill on the Molenwater in Middelburg, the same mill I would see when I looked out of my bedroom window from my house in Middelburg! Was it coincidence or predestination that I arrived at Landhuis Daniel, I think the last. It felt like coming home. The circle was closed” says Jan Francke(artistname Jakke)who owns Landhuis Daniel since 1997

Since then Landhuis Daniel became a popular restaurant -with some guest rooms- where tourist and locals mingle in a laid back Caribbean ambiente, enjoying superb food from the eclectic menu. 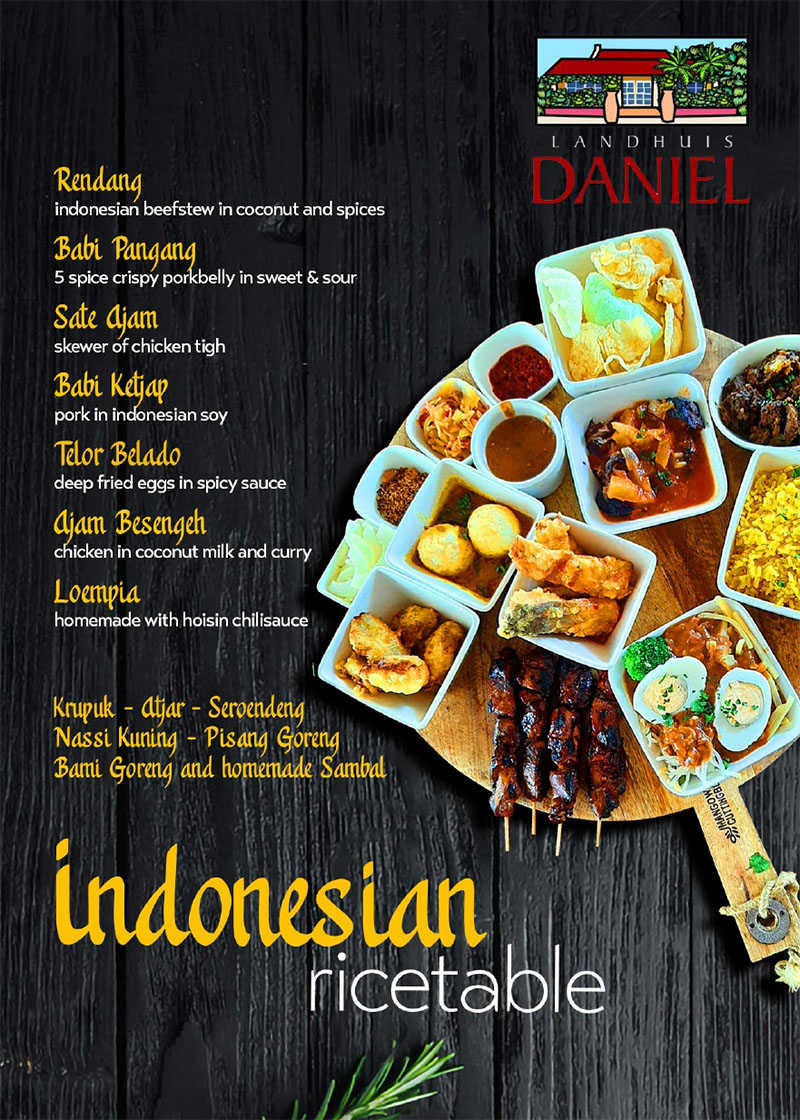 The meats are marinated in an Indonesian ketjap marinade,

then grilled and served with nassi goreng with fried egg, krupuk, atjar, fried onions and peanut sauce made with peanuts from scratch.

CHECK OUT OUR SPECIAL

Prices in antillean guilders-including all taxes-tipping in cash only master and visa are accepted in USD only at a rate of Ang. 1.70 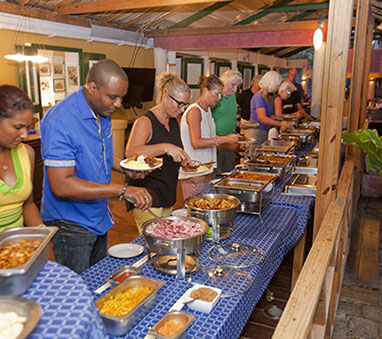 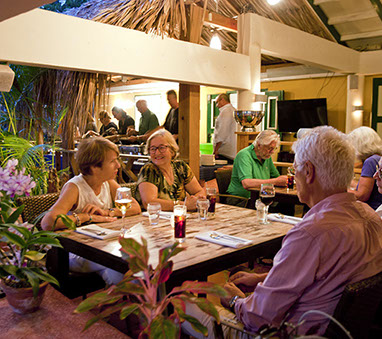 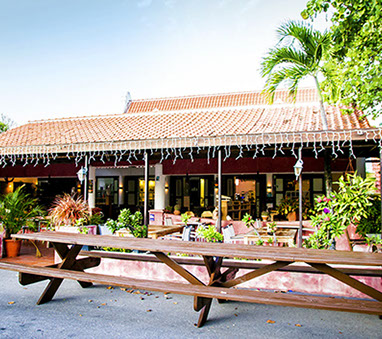 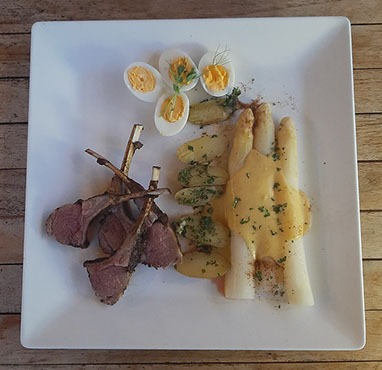 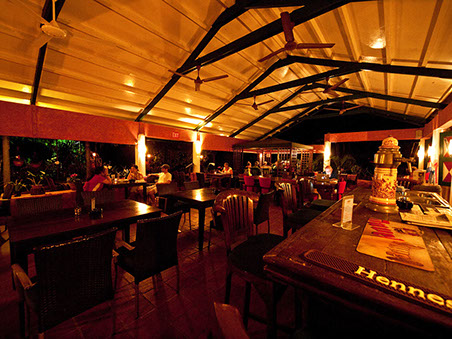 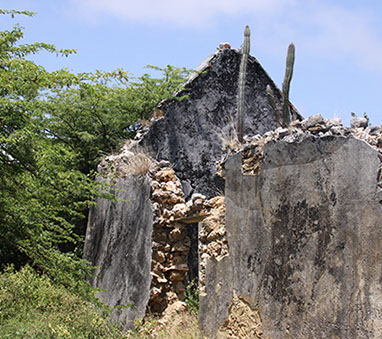 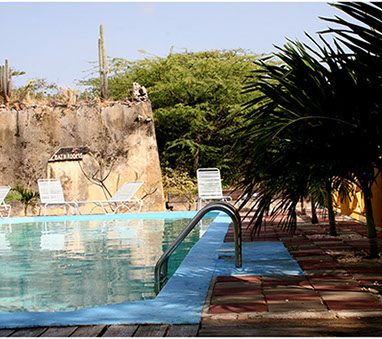 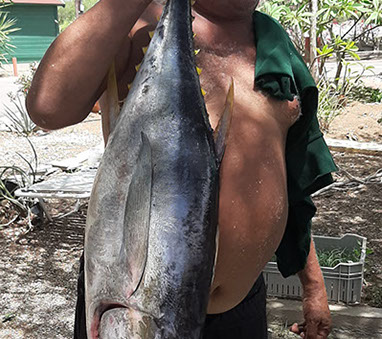 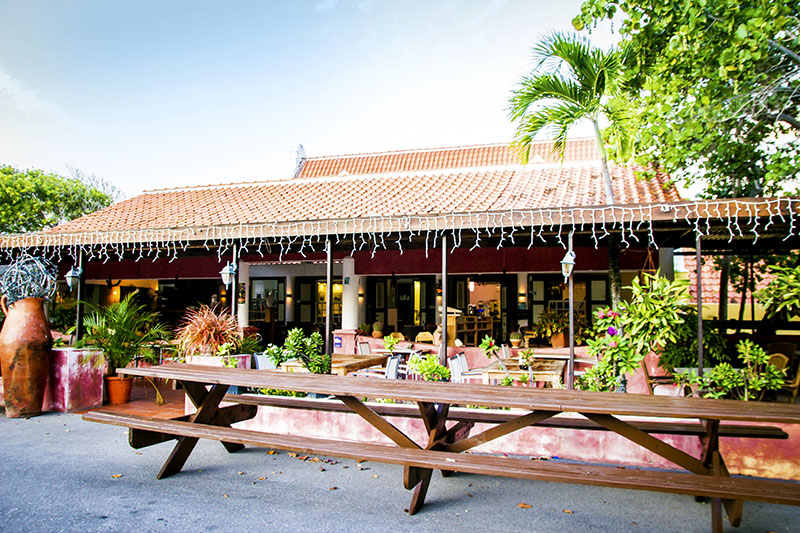 The house is thought to be one of Curacao’s older planationhouses, with the ruins of a mangasina(storage space) standing left of the plantationhouse. In between is a smaller building, thought to be former slave quarters, which accomodates some guestrooms.

Due to the poor quality of its soil, Daniel was initially called Malpais(bad lands). But the first name of its founder Daniel Ellis in the early 1700’s has certainly persisted. It is thought that he bought the land in 1711 from the government. In the nineteenth century two former

slaves, one after another, owned the plantation. Lourens Serni(freed in 1850) bought Daniel in 1867 and here he owned about 800 goats and sheep and about 40 cows. The second former slave who came to own plantation Daniel in 1894 was Alphons van Uytrecht. Quite a number of his descendants still live in the close proximity of Landhuis Daniel nowadays.

In 1976 the contractor van Lieshout bought the plantationhouse, which was practically a ruin, with only the walls still standing and rebuilt it to its original state. After van Lieshout, it was briefly owned around 1990 by Dutch televisionmaker Jef Rademakers who leased it to a Dutch-American couple who ran the plantationhouse as a small hotel and dive center. Since 1997 it has been owned by Jan Francke 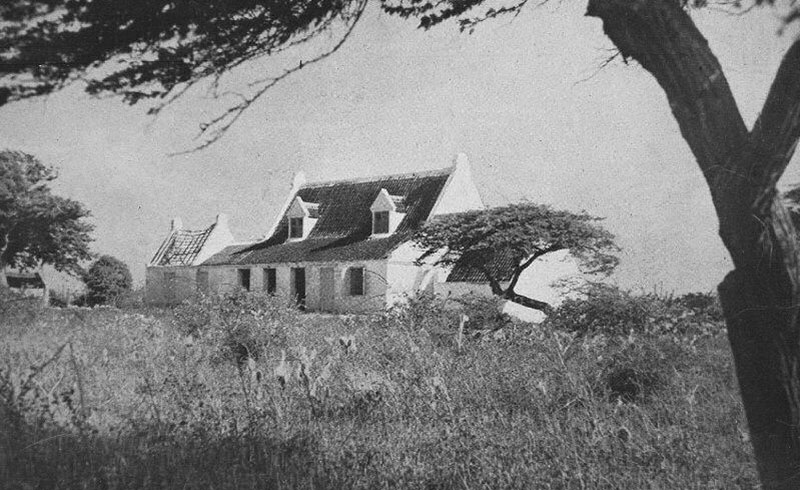 We invite you for an al fresco breakfast, lunch, dinner or a snack on the cool and shady terrace in front of the plantation house in a tropical bistro like setting. The cuisine of Landhuis Daniel is an eclectic mix of French, Dutch, Caribbean and Asian cuisine.

Besides local produce like yellowfin tuna, lobster, quail(egg), herbs and cress, we are reputed for our seasonal Dutch specialities as steamed mussels, oysters, north atlantic fish, white asparagus and game, fresh flown in from Holland.

And don’t forget our famous Indonesian ricetable which is very popular among locals and tourist alike. A winelist with old and new world wines complements the menu.. For the little ones we have among others, a variety of 20 different Dutch pancakes, sweet and savory. 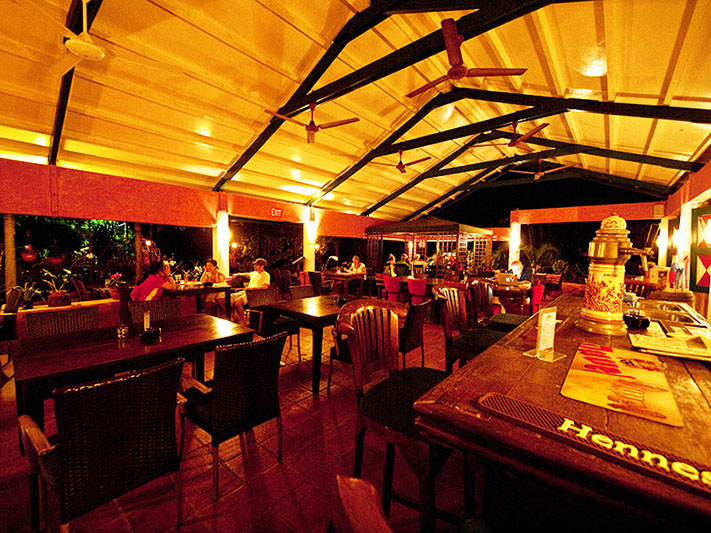